Hey folks, Just thought I'd do an update on the Council Tool FSS(Forestry Service Edidtion) Boy's axe.  I just couldn't come around to the lacquer handle and the painted head.  So now the handle is sanded and oiled and the head is clean.  The way I like them.  Well I've used this axe a bit since getting it and I'm loving it.  Here it is in use on a  dead standing oak about 6-7" wide.  This axe bites deep and holds it's edge well.  It's the best 3/4 axe I've used. 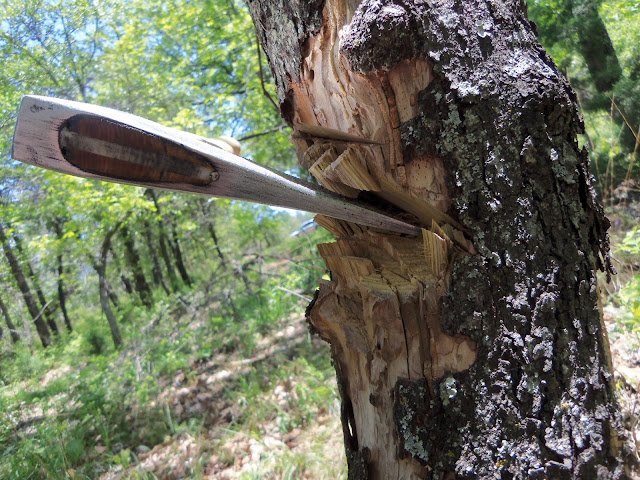 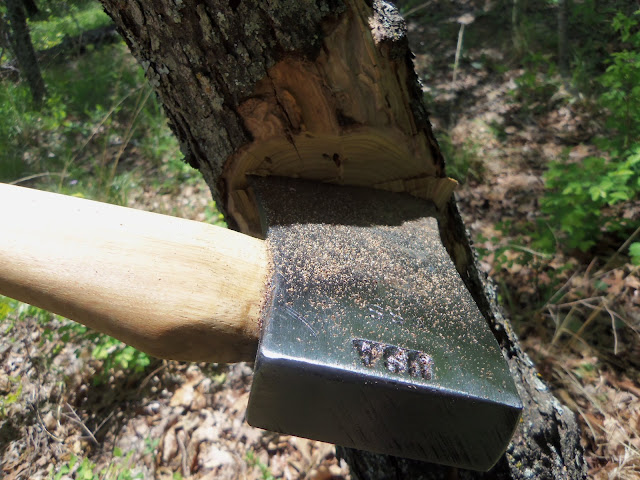 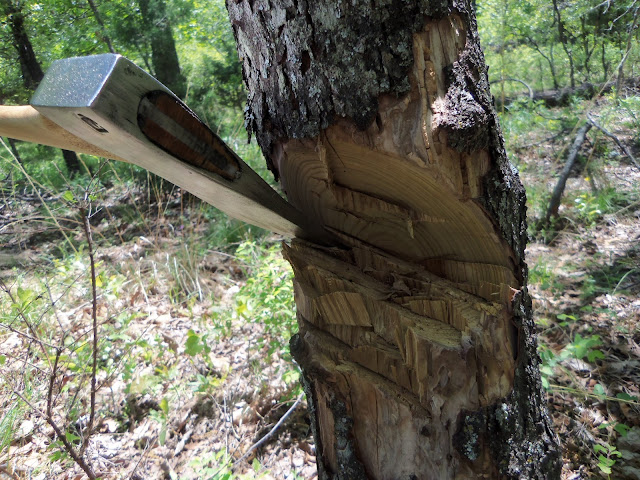 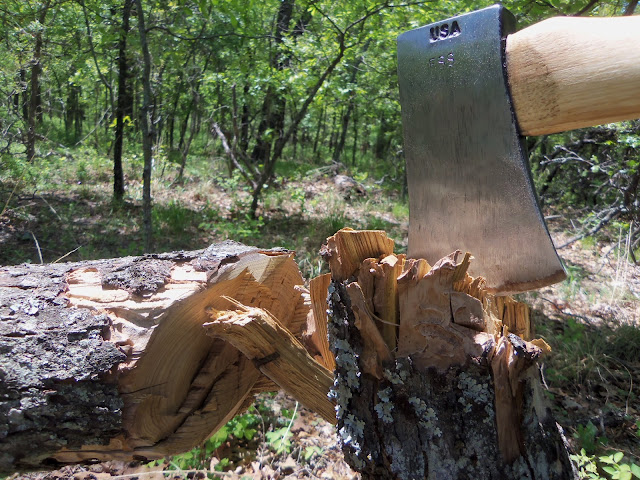 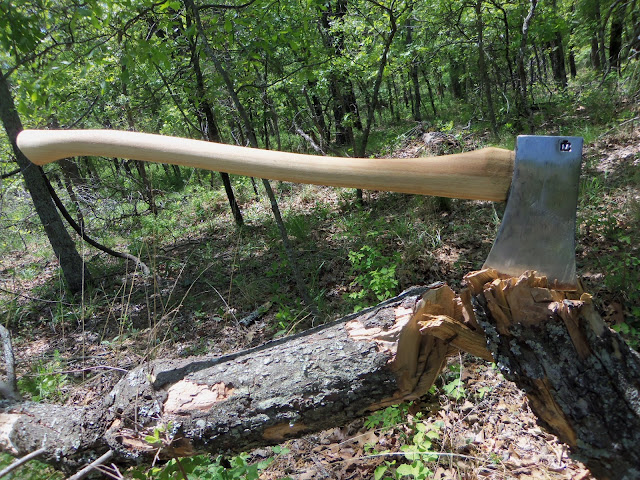 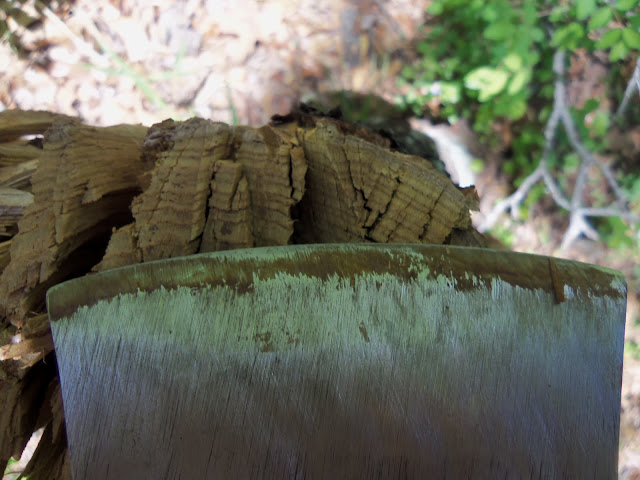 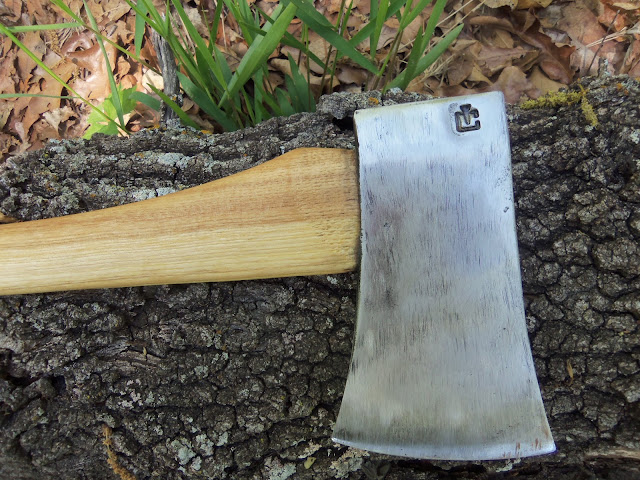 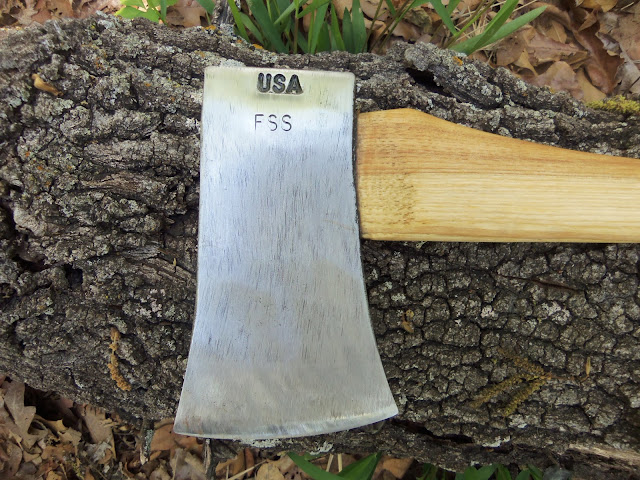 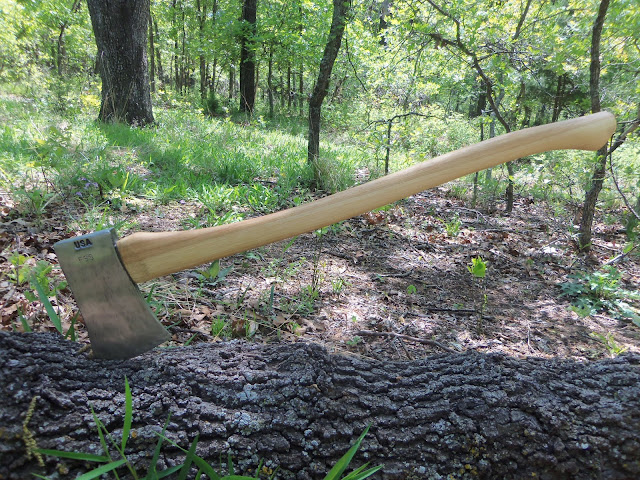 Well I got the old Collins hatchet out for a little trial run to see how it performs.

The good; the handle was very comfortable in full chopping motion and for choking up on the head for finer work and about midway grip for carving.  So comfortwise I was very happy.  The steel held up pretty good.  After the tasks I did below I really swung it hard into some well seasoned wood and no damage at all.  The steel held up great.

Now for the bad;  I didn't get the edge thinned quite enough.  The feather sticks and curls weren't as good as I was hoping for but that's just 15 minutes or so with a file and I think I can have it performing those tasks well too.  I thinned out the bit some before using it but i like to do this in moderation.  You don't want it too thin so I like thinning and checking it's performance so it's thinned just enough to where I like it.

Well here's the pics for you axe folk

first was felling a dead tree that was around 4" wide 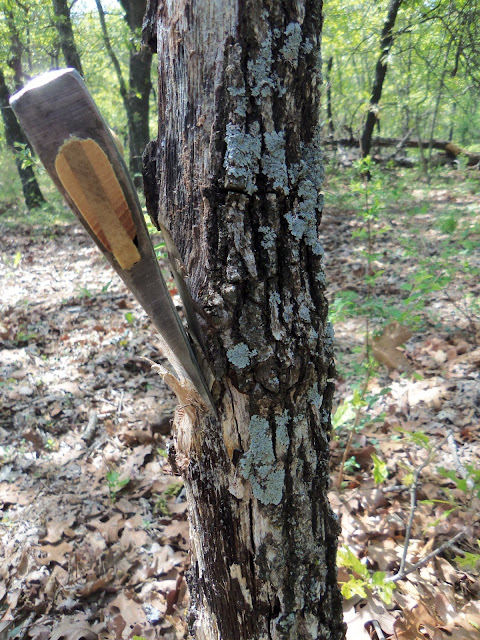 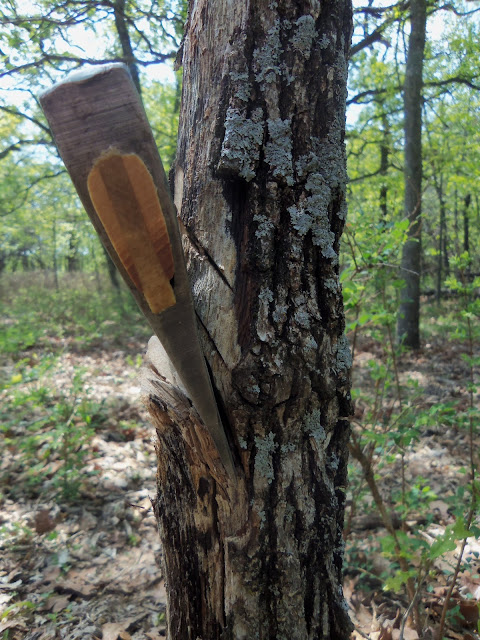 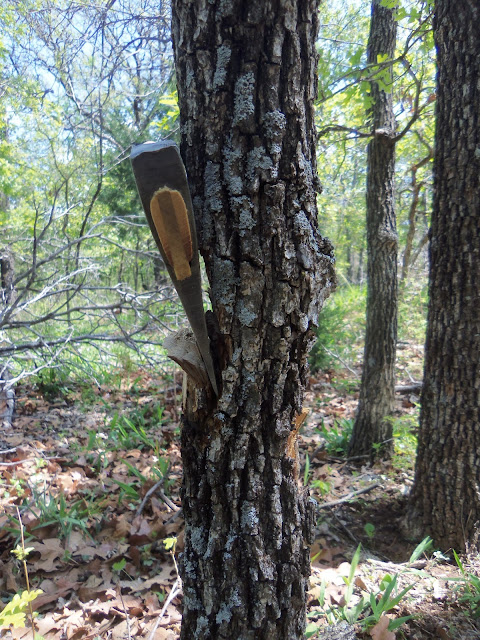 finally down,  this felt like it took forever compared to the boy's axe I've been using a lot lately.  But it was biting good and deep. 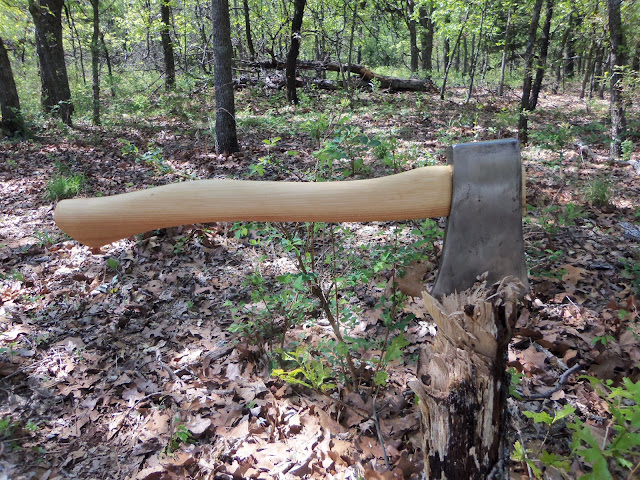 Next up was some more chopping on the tree I felled, I bucked a log out of it and it did pretty well.  Better than I thought it would actually.  I forget to take a picture of the split log but it did fine in this role for a hatchet. 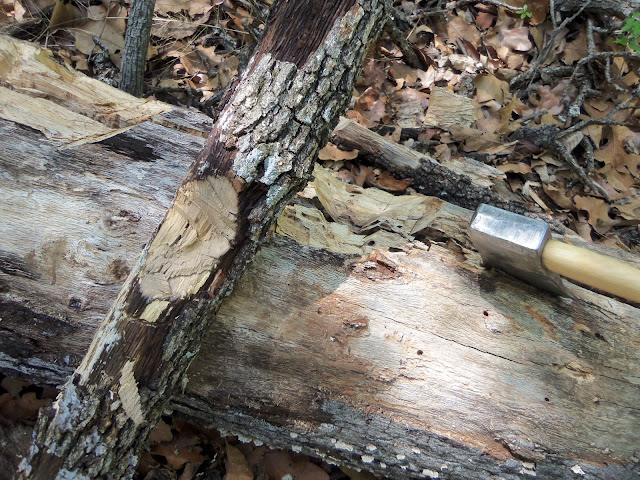 Next were trying out some curls and feather sticks.  The bit needs to be thinned out a little more for this to be done well.  I managed some but it felt like a chore 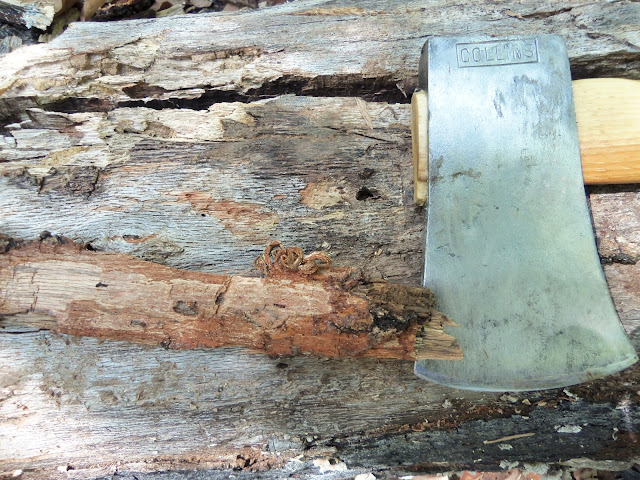 Well that was about it.  I gave it a run through the tasks I will be doing with it.  It'll be a great user for me when I don't need an axe. 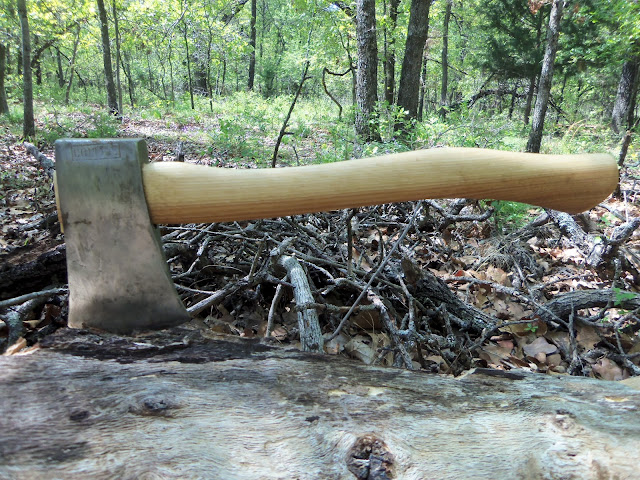