Biggest Bass of my life! 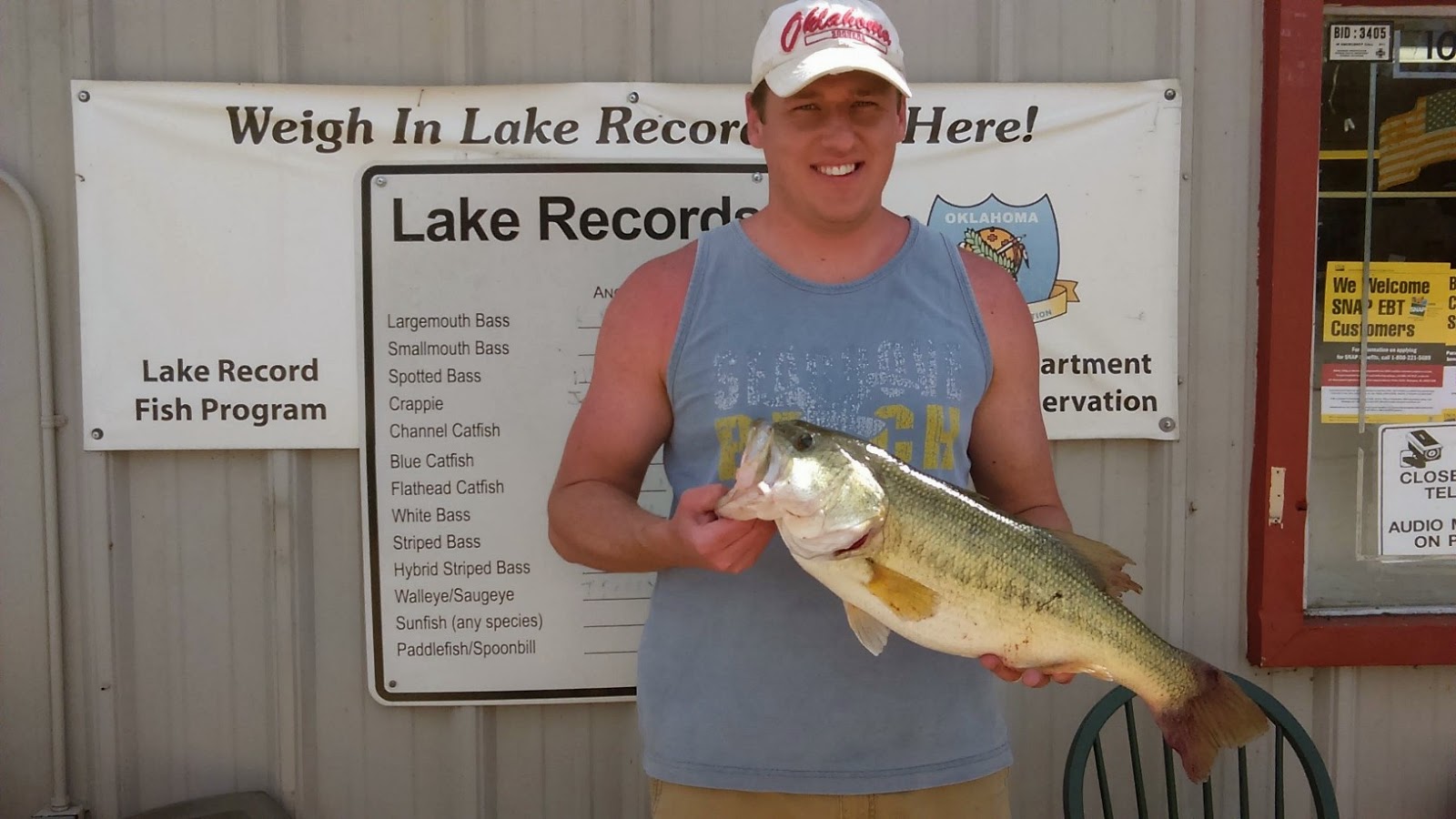 It's been a long time since I had caught a good one and that was evident by the fact I thought it might be over 8lbs so I went and had it weighed officially. So not quite mounting size but it was darn fun! I felt like a kid again when I got this big ol girl on shore. I caught her catfishing with cut shad of all things. I had just casted my 3 poles out at a different spot and decided to hold onto the third pole and about 4 minutes later I got two heavy tugs on the line, but it seemed to drop the bait, so I waited to feel another tug and then released the spool to let it take the line for about 10 seconds and then I flipped the drag on and set the hook and she took off peelinig my drag out for about 10 seconds and then put up a heck of a good fight and made a couple more runs. I thought I was reeling in about a 10-15 catfish until she was about 5 yards from shore and I got a good look at her and then I realized she was a big bass. Both my kids, Jack and Bel, were with me and that made it even more special. Bel was as ecstatic as I was! It was really cool. When I put it on the stringer she asked if it was gonna eat the catfish, LOL! Weighing it in was fun too even though it wasn't as big as I was hoping for. Her belly was thin and it was obvious she had spawned already. If I would have caught her a month ago I bet she would have given 8lbs a serious run for the money. This was a blessed day and one I will remember my whole life.


We also caught some channel cats and had a fish fry for dinner. It's a good life! 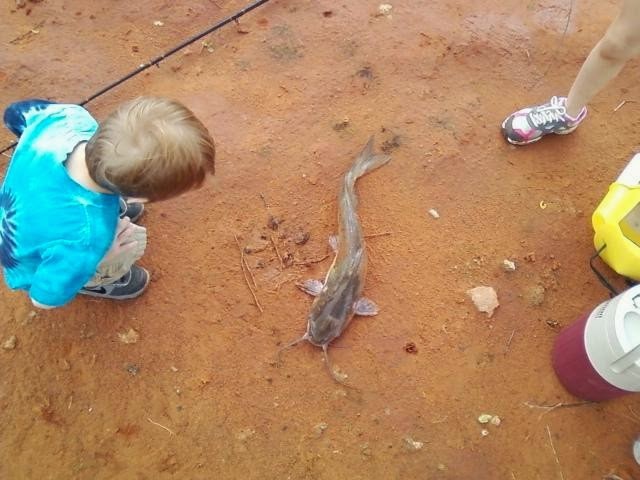 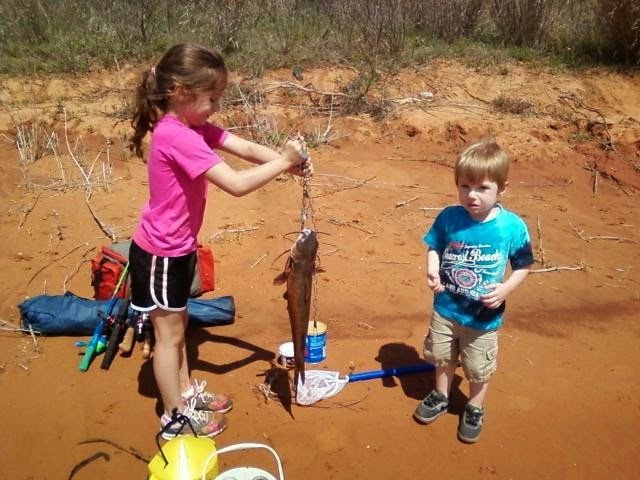 Posted by OutdoorEnvy at 7:45 AM 2 comments: